Scenes “Directors” Borrowed from Other Movies

If you think about sequels and re-shot movies, you actually understand why many people say there are very few new and original ideas in the film industry. Beyond that, many movies are actually affected by each other. Similar scenes are shot in many films in Hollywood. Here are 13 scenes that directors “borrow” from other movies… 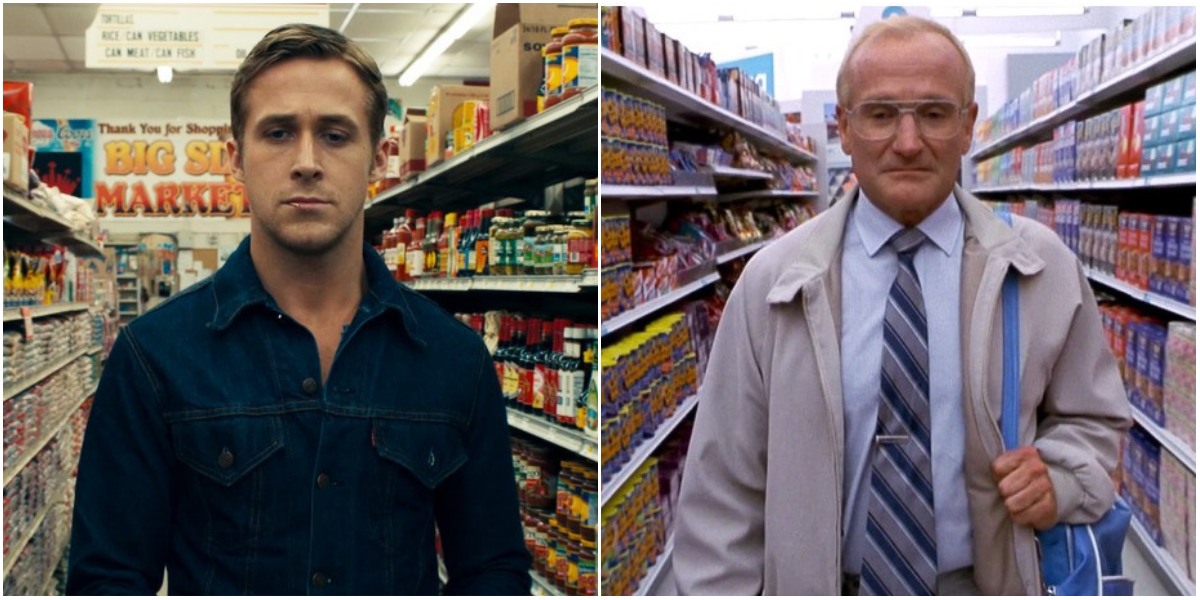 Nicolas Winding Refn filled Drive with many references to classic movies from the 70s and 80s. You can also see the footage in the movie that was the same as other directors in the past. Like this scene where the main characters stand between shelves in a market. 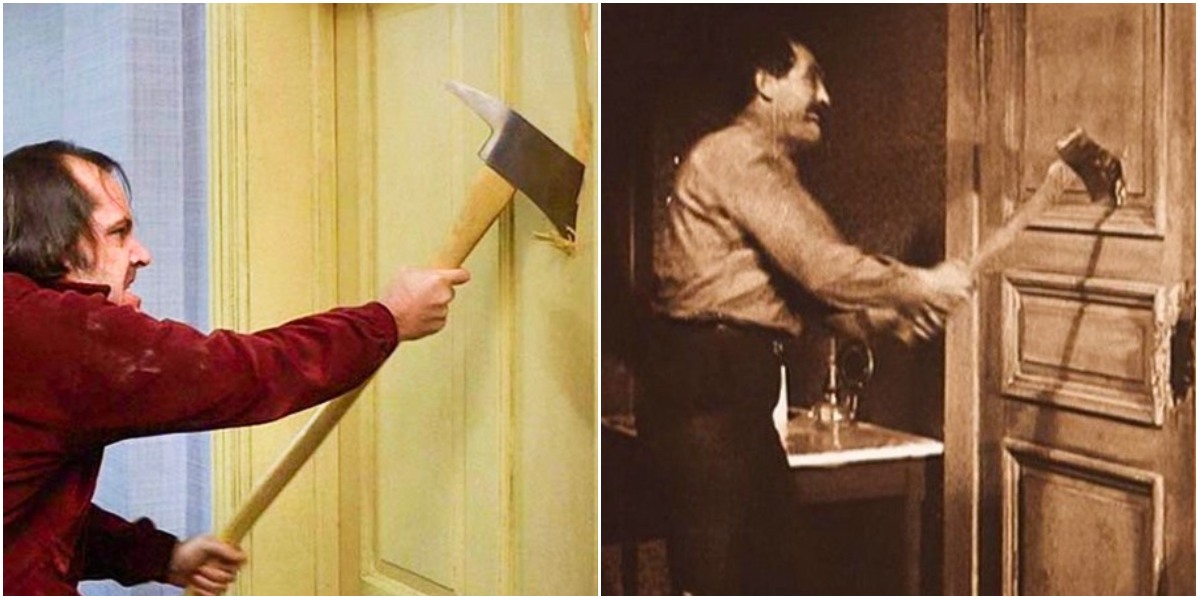 That famous door knocking scene in Kubrick’s legendary movie The Shining actually takes place in the Körkarlen movie shot by Victor Sjöström in 1921. However, Victor Sjöström was not the first to have this idea. He was also inspired by DW Griffith’s 1919 film “Broken Blossoms or The Yellow Man and the Girl.” Sergei Eisenstein’s cult film Battleship Potemkin tells the story of a rebellion during the 1905 revolution. Chaos showed the difficult situation of the director innocent witnesses with an unforgettable tragic image; A stroller falling down the stairs.

If you remember this scene but you are sure that you have never watched Eisenstein’s movie, you probably watched the movie The Untouchables by Brian De Palma. This movie has a very similar scene. 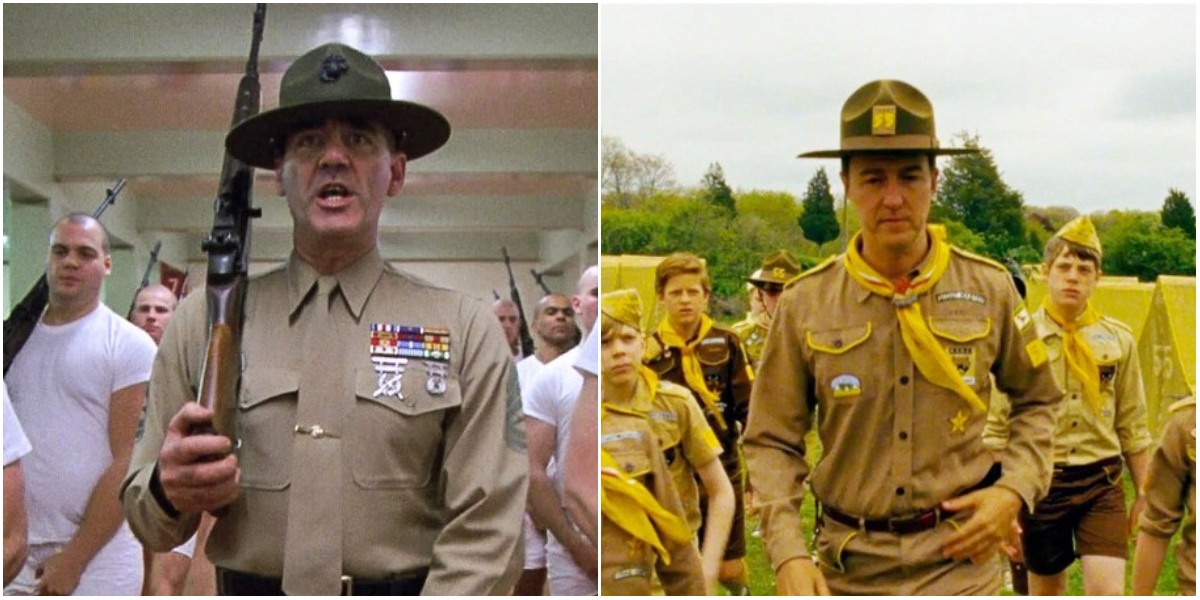 There is little in common between the comedy Moonrise Kingdom and the war drama Full Metal Jacket. However, there is a similarity in the scenes. Famous for his love of symmetry, Wes Anderson re-shot the scene where the commander spoke to new soldiers. 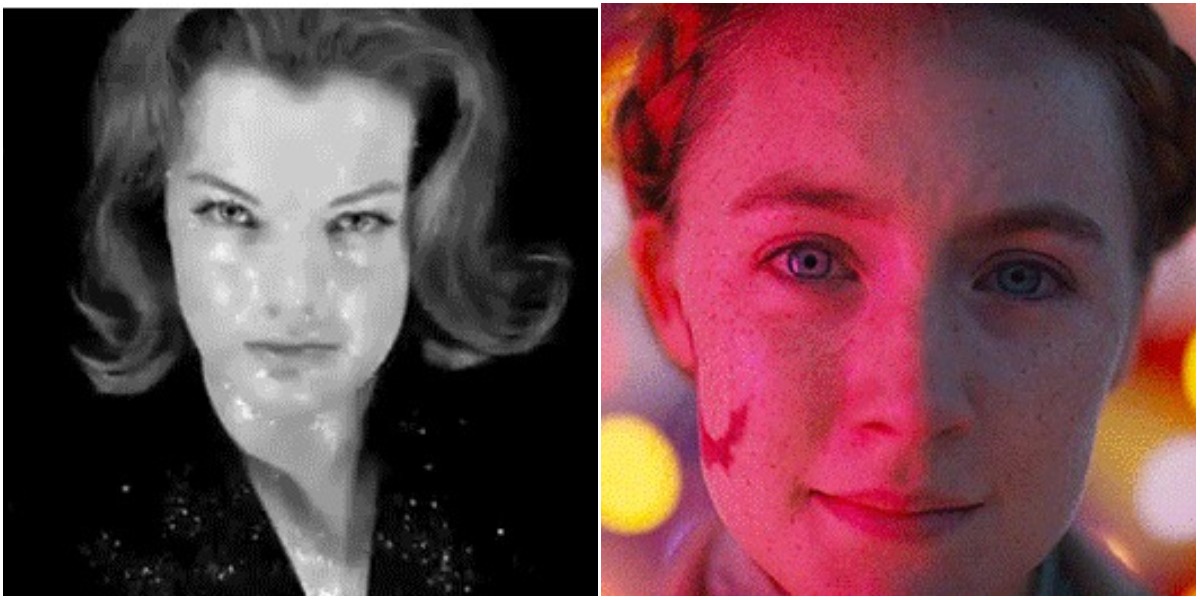 This is not a borrowed scene, but rather an example of interpretation. In addition to symmetry, Wes Anderson likes shots where characters look directly at the camera. Anderson, the director of The Grand Budapest Hotel, was inspired by a scene from the film Henri-Georges Clouzot’s Inferno, shot in 1964. Glow was used to move the expression on actress Romy Schneider’s face in Henri-Georges Clouzot’s Inferno. Anderson, on the other hand, used the Bokeh effect instead of makeup at the Grand Budapest Hotel and applied different color transitions. 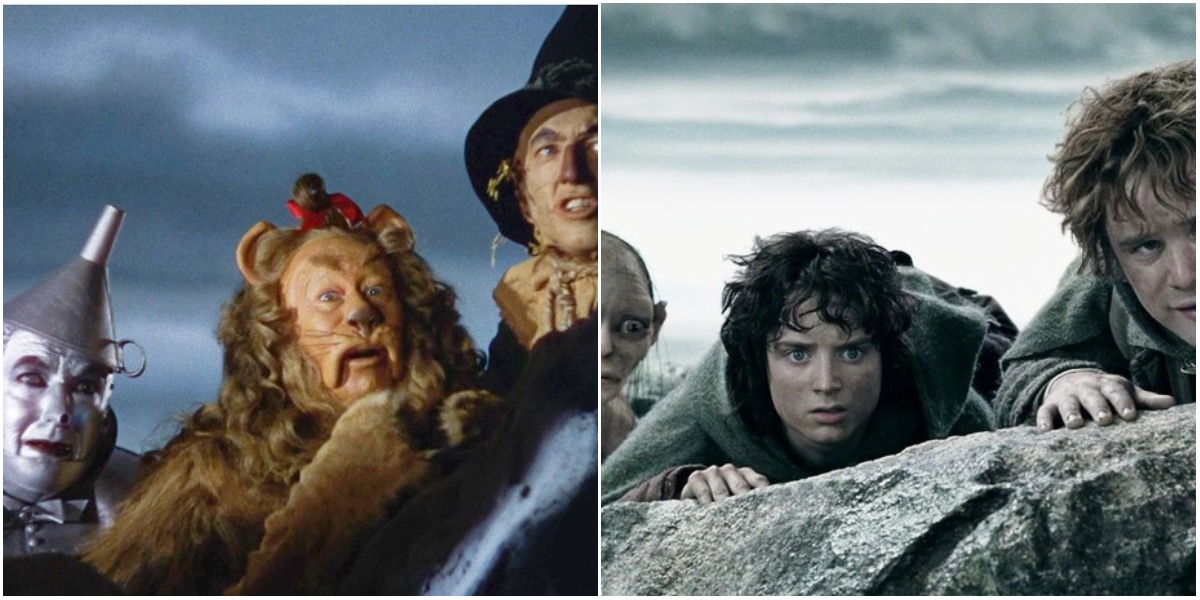 One of the most memorable moments in The Lord of the Rings: The Two Towers, directed by Peter Jackson, is the scene where the characters see the door of Mordor. Tired travelers come to the rocks and look at the marching soldiers.

A similar shot is seen in The Wizard of Oz. There, too, the characters sat behind the rocks watching the West’s Wicked Witch army. 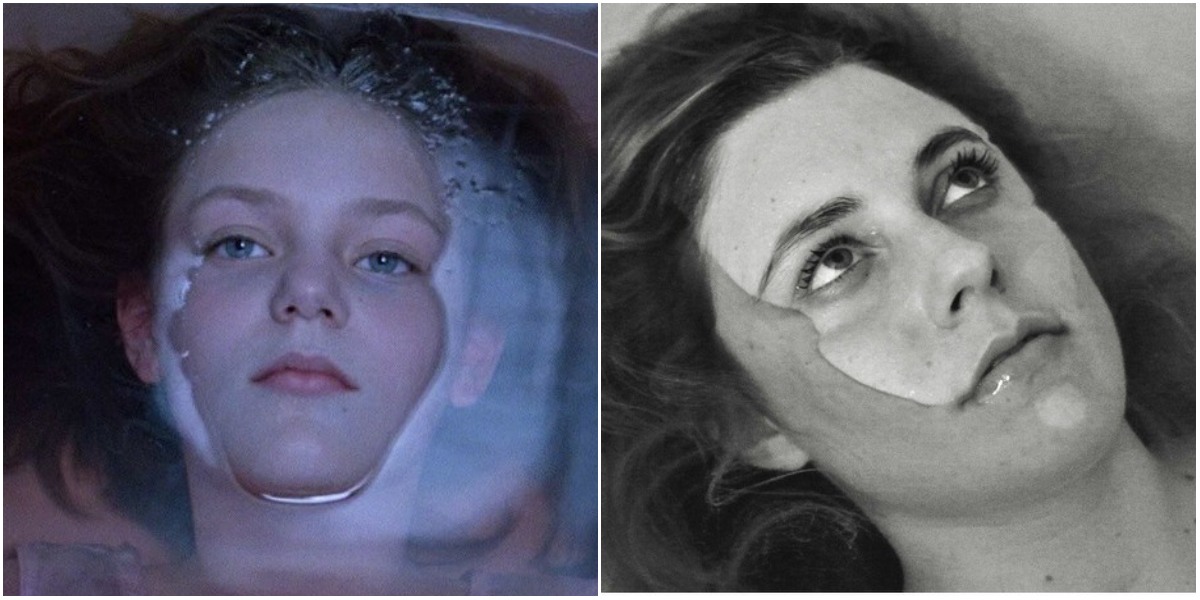 Directed by Noah Baumbach, Frances Ha was compared to Woody Allen films such as Annie Hall and Manhattan. But there is also a scene almost identical to Sofia Coppola’s movie The Virgin Suicides. The story and colors are different, but the overall look is very similar. 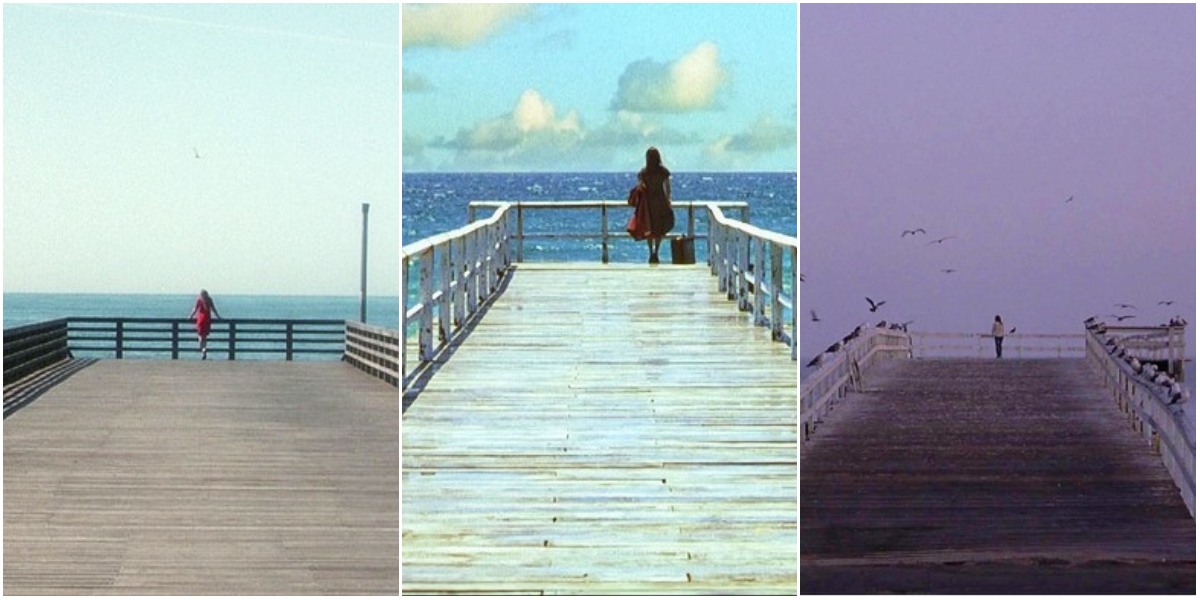 In these three films, only the scene is not the same. The actress on the stage is also the same. That’s why Jennifer Connelly is called “A Woman on the Pier”. In the last scenes of all 3 movies, you can see him standing on a pier.

You may have thought that all the movies were shot by the same director, but they were shot by different directors. First, Connelly starred on the pier in Dark City by Alex Proyas, later on in Darren Aronofsky’s famous drama Requiem for a Dream, and finally in Vadim Perelman’s movie House of Sand and Fog. 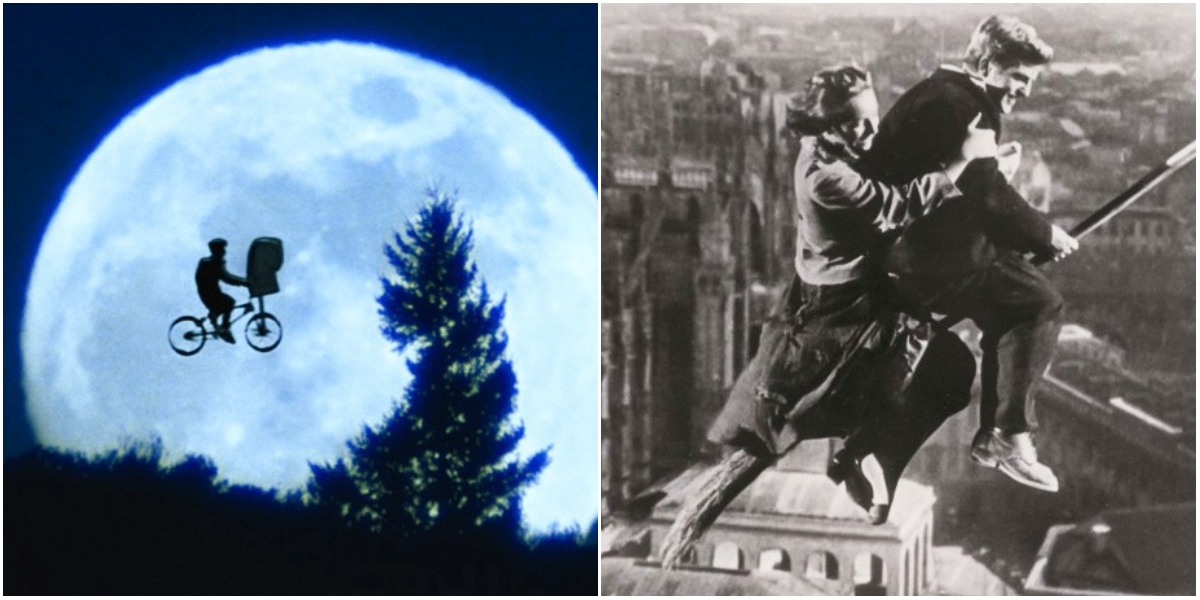 The bike scene in Steven Spielberg’s legendary movie ET was completely extraordinary. This filming of the director was used for the logo of the company Amblin Entertainment. 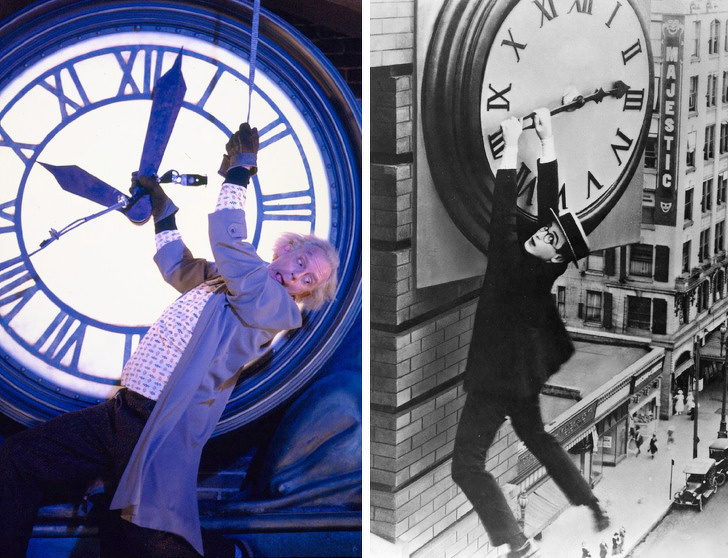 Back to the Future was filmed by Robert Zemeckis. In this film, which is full of original ideas, the main scene of the clock that Doc tried to connect the cable was definitely inspired by another film.

Safety Last, the masterpiece of 1923, has a scene almost identical to the character played by Harold Lloyd. 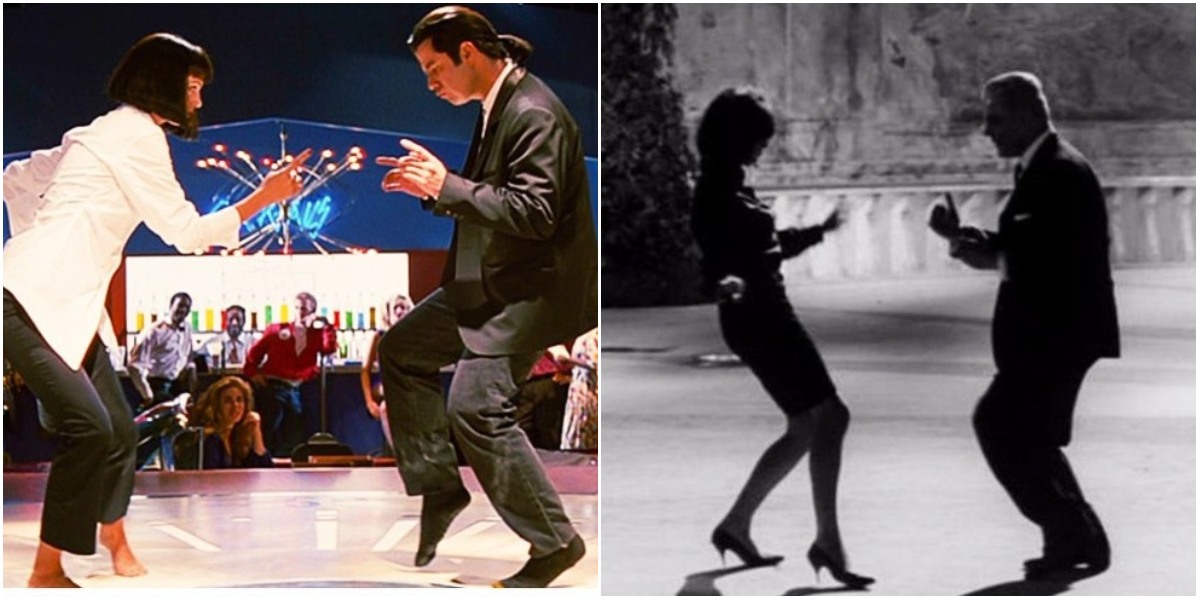 Quentin Tarantino likes to borrow some scenes from other movies. In Pulp Fiction, Uma Thurman and John Travolta’s famous dance scene is quite similar to the dance scene of Barbara Steele and Mario Pisu in the 8th movie of Federico Fellini. 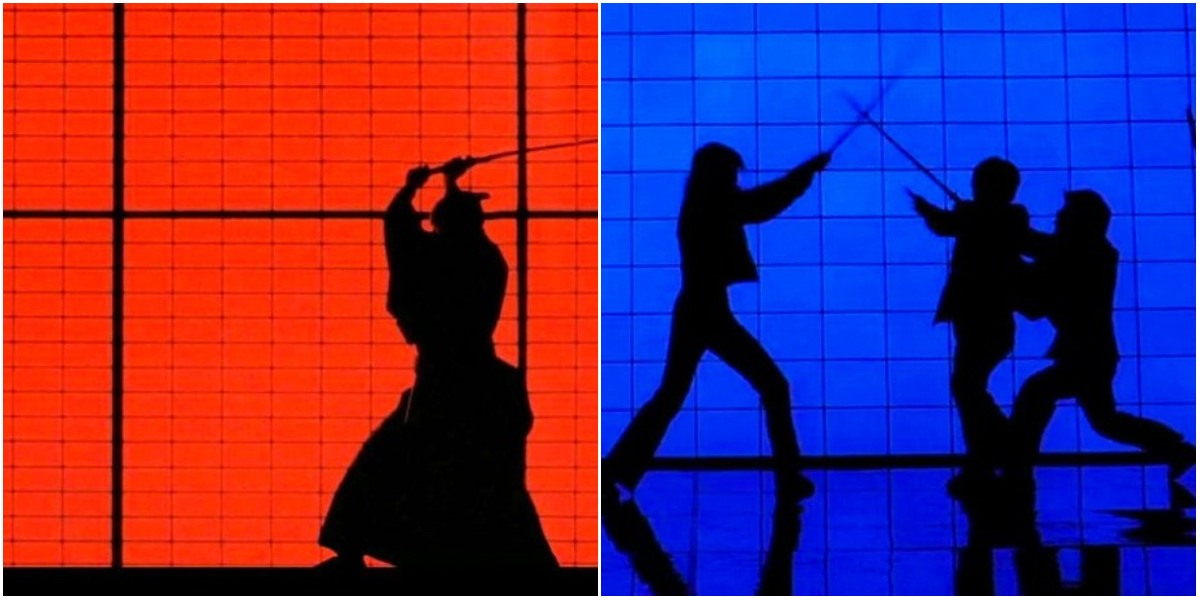 A similar scene in Quentin Tarantino’s other films is Kill Bill Vol. at 1. Kill Bill refers to many iconic movies and characters. Black Mamba’s yellow dress is very similar to Bruce Lee from Game of Death.

In the first movie of Kill Bill, Tarantino shot the fighting drama in front of a lighted wall just like in SF: Episode One. There is only color difference between the two scenes. 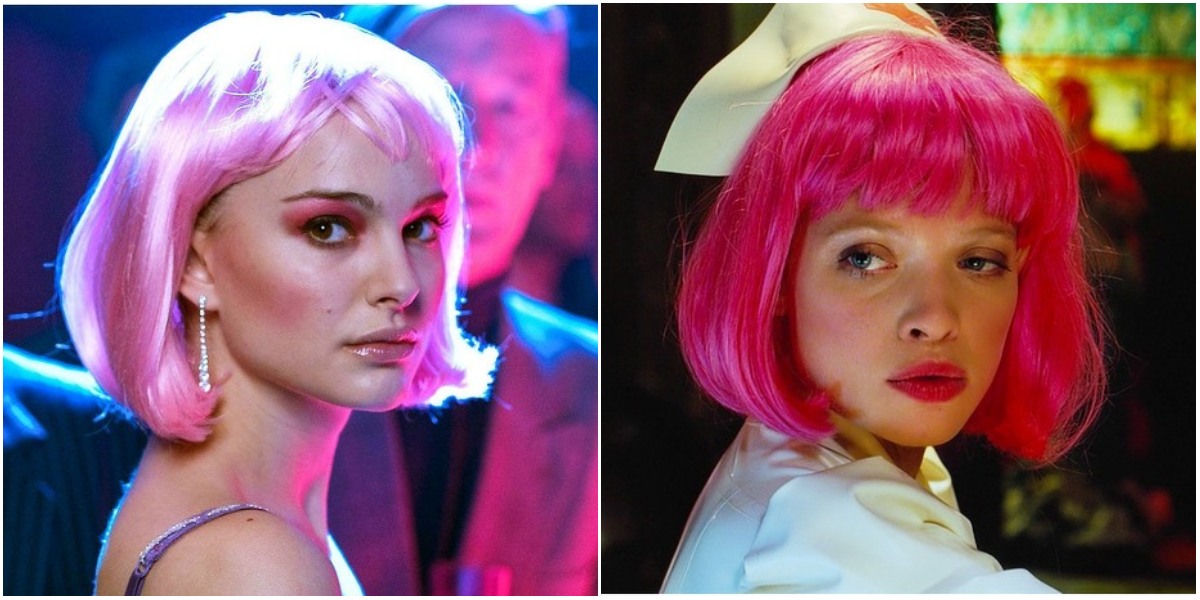 In the movie Closer, Natalie Portman played a young stripper. In a scene where Clive Owen meets the character he plays, he has a pink wig in his hair. Terry Gilliam liked this idea and used the same image in the movie Zero Theorem.